After impressive performance…Leone Stars Continue to Bridge the Gaps 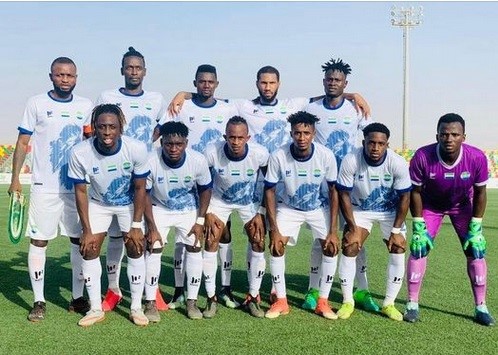 It is crystal clear that the match saw all members of political parties and supporters putting on the same jersey in demonstrating their love for Sierra Leone including the giants of the two main political parties; the ruling SLPP party and the main opposition APC party.  This remarkable scene clearly depicted that the national team is a channel for peace, unity, progress and development.

As millions of Sierra Leoneans jubilated in the street of Freetown on Tuesday putting their political differences aside in raising the Green, White and Blue flag high in cheering the players of Sierra Leone in the ongoing African Cup of Nations in Cameroon, over the spectacular performance of Leone Stars in holding the defending champion, Algerians to a goalless draw is a victory for all.

Amidst the powerful striking force of the Algerians, the Leone Starts midfield was obliged to reinforce its defense. Sierra Leone’s Steven Caulker and Leone Stars goal keeper Mohamed N. Kamara displayed miracles defending the goalpost and totally discouraged the Algerians from scoring a goal.

Sierra Leoneans residing in Cameroon have expressed great jubilation for the outcome of the match. Our next match with the Ivory Coast will be held on Sunday 16th January 2022.