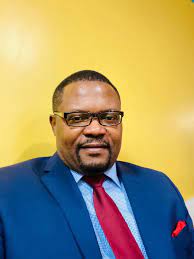 At long last the unruffled and calculated interim Chairman of the court backed ITGC has delivered on a key aspect of the Fisher ruling, which mandated the Committee to usher peace and unity in the party.
The continued dismemberment of the party as a result of the illegal and dirty political ball game of a few orchestrators has had an unsavoury and inimical effect on the solidarity and strength of the party.
This sorry state of affairs was brought to a peak with the untimely use of the infamous “selection clause” of the defunct 1995 APC party constituion, which actually capsized the boat, as evident in the loss of the governance status of the party in the 2018 polls.
A wedge was drawn which saw the emergence of intra-partisan conflicts and factions, symbolising the rancour and bitterness that eripted from a flawed process supported by an equally flawed constitution.
Among the key factions that surfaced were the so-called “Big-Six’, comprising six of the 28 candidates who aspired for the flagbearer of the party, but were doomed and dumped by the “Selection Clause” They felt maltreatment and victimised by an unfair system that needed to be rectified.
The other group that came to the stage was the Reformer namely, the National Reformation Movement (NRM) and the All Reformers Movement (ARM). Unlike the B-6, the NRM pursued litigation to bring democratic reforms to the party, and give back the power to the grassroots or membership to elect their leaders. Thus, a new constitution was sanctioned in 2021, which replaced the 1995 constitution of the party, ushering a new dispensation in the affairs and operations of the party.
As if not enough, one of the leaders of the Reform Movement, Alfred Oeter Conteh, stood his ground and challenged the legitimacy of the national Executive and Leadership of the party on the basis that they were de facto.
And it came to pass that after a long drawn legal battle, a verdict was handed down by the High Court in April, paving the way for an interim body to fix the mess and report to court fir a final verdict. The Aoril verdict cleared away all unelected holders 9f executive positions and slammed them with an endless injuction, and ordered for the restructuring of the party through democratic lower level election culminating to an NDC.
A thorny part of Alfred’s arduous task contained in the April ruling, in his capacity as interim Chairman of the ITGC is to conclude membership issues that were hanging around the neck of the party like an albatross; a no go area of the Establishment, which they used to keep potential and influential figures at bay, so that the latter will continue to hang on to power at the detriment of others. They employed all sorts of disinformation, misinformation and propaganda to achieve their ill fated motives.
After so much bickering and banta to derail and undo the chief reformer, Alfred Peter Conteh has today, 4th August 2022, hammered the nail on the coffin of the Establishment and their agents by declaring a kind of blanket amenity to all APCians who had be expelled from the party by unfair means, chief among, the elected former VP, Chief Alhaji Abu Bakarr Sidiwue Samuel Sam Sumana, the global peace Ambassador.
Though his expulsion in 2015 from the party was a result if trumped up charges he was never guilty of, the Establishment for some bizzaee reasons, had kept him at bay, despite his unmatched political leverage and demonstrated readiness to come back to his party of birth, which he served diligently, and which his late father steaked his neck for.
The Establushment contempted the court to reinstate him at the Emergency NDC in Makeni in 2020, manifesting their unexplained intrigue against him.
By clearing him today, Chairman Conteh gas not only demonstrated his competence and strategic leadership, but has also brought life to the party and “political death to the enemies and spoilers of the party. He has repositioned and consolidates the chances of the party to victory in 2023.