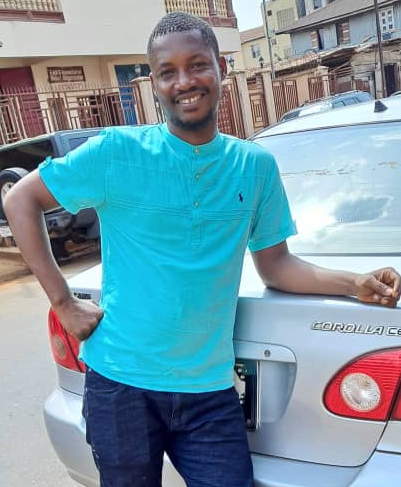 A former member of the ruling Sierra Leone People’s Party (SLPP) Allieu Kamara who resides at No. 48 Main Motor Road, Calaba Town in Freetown life is in danger by gangs loyal to SLPP who have threatened to kill him after he decided to switch political alliance to the opposition All People’s Congress (APC) party by supporting one of its presidential aspirants in the next general elections slated for 2023.

Information revealed that, Allieu has been receiving frequent death threats by thugs from SLPP, who became very furious with him for joining APC and promised to eliminate him for switching political alliance; they stated that he will never have rest as long as SLPP remains in power.

Allieu graduated from university with a Bachelor’s degree in 2015, following which he gained employment and was transferred to Bo, whilst in Bo Allieu sources say joined the SLPP party then in opposition.

According to information, his reason(s) for joining was to secure a lucrative job; if SLPP wins the 2018 presidential and parliamentary elections.

He was a prominent members of candidate Maada Bio campaign team now President Julius Maada Bio by cress crossing the nook and cranny of Sierra Leone in order to market his candidate at the time.

Prior to the 2018 elections, sometime in 2017 Allieu relocated to Freetown to join the campaign train proper for the SLPP Presidential candidate, Rtd. Brig Julius Madda Bio who ended up becoming president after a run-off elections by defeating the APC candidate Dr. Samura M.W. Kamara.

He was also a frequent visitor at the popular SLPP Unity Ataya Base Organization at Calaba Town east end of the capital, Freetown and was a strong vocal advocate for regime change that ushered in SLPP to power in 2018 elections.

However, Allieu started experiencing problems when he got the shock of his life as he failed to secure the lucrative job he had hoped for due to assurance from SLPP to get him a job when they took over the reigns of government, but was hugely disappointed after he was turned down on numerous occasions. This led him to denounce, relinquish, abandon and finally destroyed his SLPP membership card and all other paraphenerial that belonged to the SLPP.

Following the destruction of properties belonging to SLPP, he decided to switched allegiance to the main opposition APC party and became an active campaigner against SLPP in order to see their demise in 2023 polls.

After receiving countless death threats on his life with a promise to kill him ahead of the 2023 presidential elections; Allieu who could not withstand such enormous pressure piled on him had to flee to an unknown location.

In an interview with a family member of Allieu, one Marvel Bangura on May 20, 2022, she told the press about the terrible experience Allieu was subjected to before his decision to go into hiding fearing he might be killed due to death threats hovering over his head.

In a frightened mood, she disclosed that she too has been threatened and now living in fear because of death threats by gangsters of SLPP that have also promised to kill her, if she couldn’t disclose the location of Allieu.

She explained how Allieu was overwhelmed with fear for his life by choosing to belong to APC party, adding that even though the constitution of Sierra Leone guarantees freedom of association that is not the case since SLPP Paopa regime came to power as several APC members have suffered inhuman treatments at the hands of SLPP gangsters without any punitive action taken to curb such menace.

She further stated that she became very emotional and cried and concluded by saying that Allieu Kamara’s daughters her missing their father due to the love he pampered on them.

Up to the time of going to press the whereabouts of Allieu Kamara still remains a mystery.