As Arsenal and Brighton Patronize… 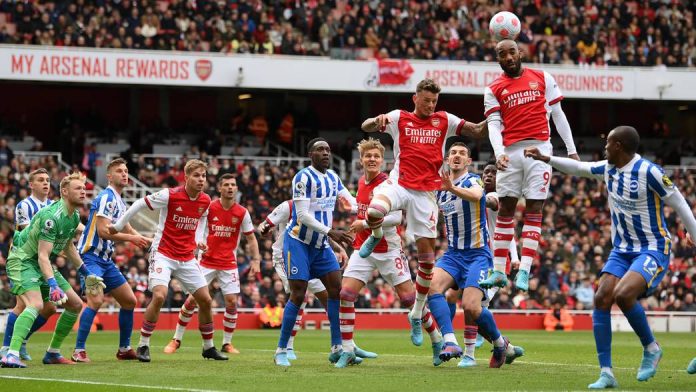 ADDA Academy formerly known as the Orthodox Academy has donated football kits to over one hundred trainees between the ages of 12-14 years at their Savage Square base and at the Kitty Playing field Kingtom which it has leased for the next 25 years and even beyond.

The Chief Executive Officer, King David Kargbo Aka KDK in his statement to the press said that, ADDA is committed to train young Sierra Leoneans from twelve years upwards to be well equipped to compete in football both local and international levels.

He said, Sierra Leone has promising young talents capable of being world class stars in the future, adding that, most of the kits were donated by the Arsenal and Brighton Football Clubs in the United Kingdom.

He called on parents to encourage their children to play football, stating that, football does not only sell a country but equally brings money and development to a nation.

KDK is optimistic that for the next five years, Sierra Leone will be able to produce outstanding football generation. ADDA also secured a club house that will be utilized for the training, educational and discussion between and among the players and respective officials in thematic topics bordering the advancement of football at home.