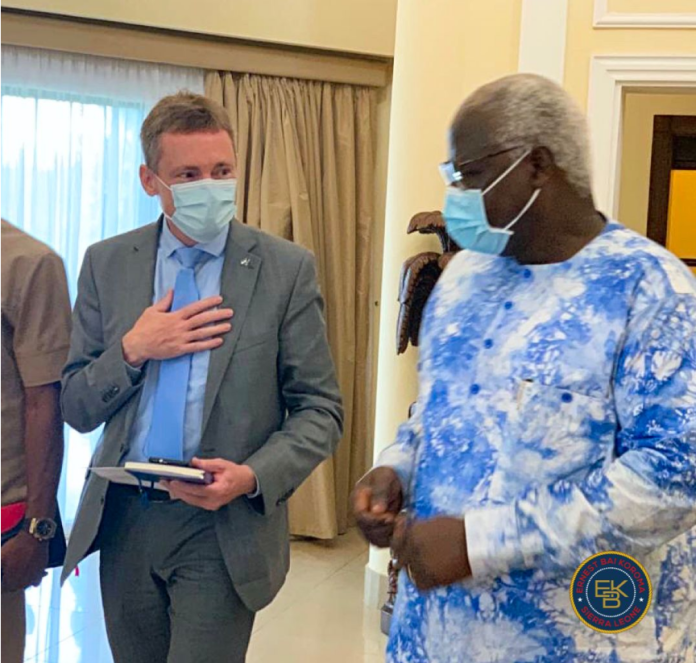 The EU is one of Sierra Leone’s strongest partners and over the years, particularly during the ten years of President Koroma’s tenure, they have made substantial contribution to the country’s governance and development aspirations.

The former President’s meeting with the EU Ambassador which was centered around good governance, the rule of law, peace and national cohesion, was very timely in view of the current circumstances in the country.

Of note, the EU Ambassador recognized the important role of the opposition in a democratic state in so far as inclusive participation in national development, peace consolidation are concern. He also acknowledged President Koroma’s remarkable peace and democratic credentials both while in office and in his current international role with ECOWAS and the African Union. Ambassador Muller believes that President Koroma’s experience and influence should be better tapped in fostering Sierra Leone’s democratic progress and development aspirations.

Former President Koroma was pleased with the EU Ambassador’s visit and has reaffirmed his well recorded commitment to the promotion of democracy, good governance, peace and stability.

“I am always open to constructive dialogue because this is the bedrock to consensus building, effective cooperation, sustainable peace and national cohesion,” said president Koroma.

Ambassador Muller’s visit comes on the heels of a similar engagement with the UN Special Representative to the Secretary General for West Africa and Sahel, Ambassador Mahamet Saleh Annadif.