Female U-20 folds up camping, thrashes Female A- Team 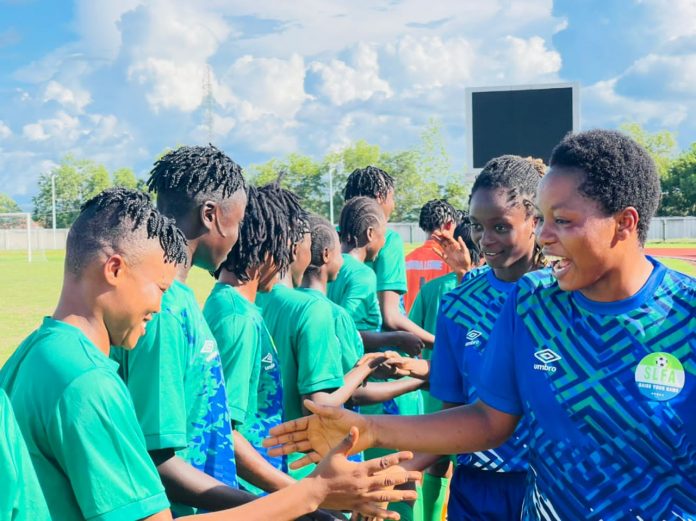 In a bid to add quality and accelerate their training intensity, the team left Freetown with a 36 man delegation – 25 players and 11 officials, on 11th September, 2021, for 11 days camping in Bo.

This is part of their preparation for the forthcoming FIFA Women’s World Cup Qualifiers.

The Female U 20 is set to play against their Guinean counterpart on 25th September, 2021, in Senegal.

Head Coach, Victoria Conteh, says the training had been comprehensive with added value to players’ skills, discipline and roles.

“How we could make them know their responsibilities as players and increase the quality of their skills and pace has been primary to us. The camping has been good because it enabled us to our mistakes as coaches and those of the players and correct. I’m sure we are ready to compete,” she adds.

During their camping, the team had trained twice a day inclusive evening lectures and friendly matches.

In a friendly match they played yesterday, September 20th, 2021, at the Bo Mini Stadium, the team had impressively secured a 2-1 victory against the National Female A- Team.

Two goals were scored by Saio M. Quraishi(6mins) and Kadiatu A. Kamara (25mins) for the Female U 20 while a consolation goal for the National Female A- Team had come from Jariatu S. Kamara (2mins)

The team will do its Covid-19 test in Bo and will return to Freetown later today.