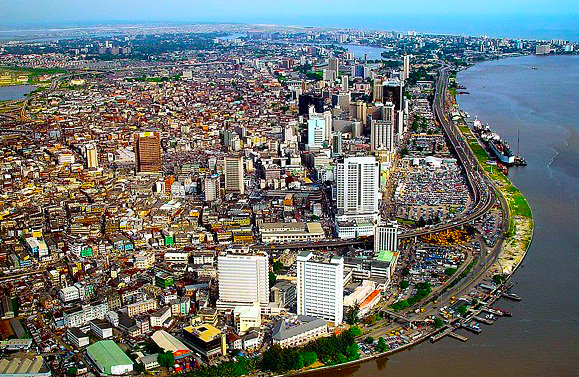 The Institute of Governance Reforms (IGR) in collaboration with the Center for Accountability and Rule of Law (CARL) have on Thursday 22nd July 2021 launched a report titled: “Mitigating the Effects of COVID-19 on Sierra Leone’s 2023 Elections: A Self-Scoring Report by Elections Management Bodies”.

The report which mainly captures the effects of COVID-19 on livelihood, good governance and human rights violations, was launched at the Institute for Governance Reform, Conference Room on Wilkinson Road, Freetown.

According to the Executive Director of the Institute for Governance Reform (IGR)  – Andrew Lavallie, the report mainly sheds light on ‘Governance, Livelihood and Human Rights Violations’ citizens faced, especially during the COVID-19 lockdown period. He added that the report which looks at three key areas: ‘good governance, livelihood and human rights violations’ was done with support from IrishAid; he disclosed that the report will help inform the government, media and CSOs on what the citizens went through the lockdowns and citizens projection of the 2023 elections. The Executive Director said, the report,  states 70 per cent certainty for the 2023 elections to hold peacefully even though, COVID-19 will still be with us, as declared by the World Health Organization  (WHO).

He continued that, according to the findings in the report, 50 per cent of women and 65 per cent of men submitted that they were treated fairly during the COVID-19 lockdowns.

According to Lavallie, the report also notes that there is a huge tendency for fewer women to partake in the 2023 elections because of numerous reasons ranging from finance to not having interest to participate in the process; thus, called on political parties to encourage women to come on board as they’re equally important in the country’s political landscape.

Speaking on Human Rights Violations, Ibrahim  Tommy, Esq., Executive Director — Center for Accountability and Rule of Law (CARL), said that the COVID-19 restrictions to a certain extent were justifiable for the safety of the citizens; adding that the human rights violations were numerous and they need to be addressed going forward. He called on SLP’s hierarchy to look into those violations and take adequate steps against the perpetrators.

He disclosed in his findings that, there were police and military brutality on citizens during the lockdown period, as video clips were everywhere on social media. He noted that arbitrary arrests and detention without the detained persons being arraigned in Court is a complete violation of the individual’s human rights.

He called on the security forces (SLP & RSLAF) to act more professional and civil in their approach in the future.

Tommy, Esq., continued that inter-district lockdowns should be cushioned so that people would not suffer too many violations of their rights. He called on CSOs and the media to help Nacoverc in educating citizens to take the COVID-19 vaccine, saying it is only with that that the country will be able to get rid of COVID-19.

Dr Fredline M’cormack-Hale is the Research and Policy Director, IGR, speaking earlier on noted that the report’s data was collected randomly in Kenema, Tonkolili, Bo and Portloko districts which are the strongholds of the two major political parties in the country. She said that 1,936 participants were spoken to on how COVID-19 has affected their livelihoods.

She continued that the report finds out that lots of women’s sources of income/livelihood are disturbed due to the COVID-19 pandemic; expressing that lots of women have also suffered economic violence in their different homes.

She called on the Political Parties Registration Commission (PPRC) and the National Electoral Commission (NEC) to strengthen their laws for political parties to start giving women major positions in their party executives, stating that women should not just be occupying positions, like women’s leader but Secretary-General, Organizing Secretary etc., because women can also do what men can do if given the chance.