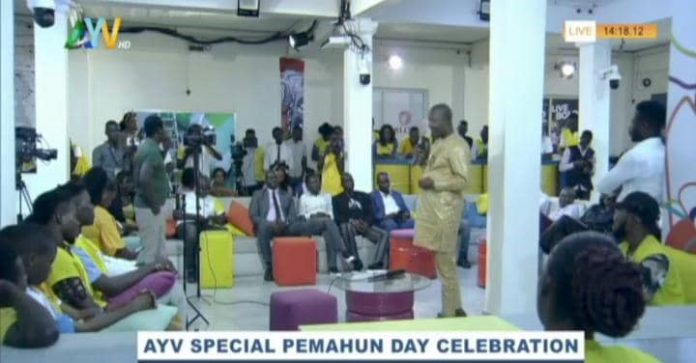 Sierra Leone’s Minister of Information and Communications, Hon. Mohamed Rahman Swarray has said that the Government of Sierra Leone is committed to continue to support the young people of Sierra Leone. He was speaking during the commemoration of the Africa Youth Day during an event held at the AYV Media Empire on the theme “Breaking the Barriers to Meaningful Youth Participation and Inclusion in Advocacy.”

The Information Minister said that there is every need for young people to continue to be productive. He said that politics should not be used to divide young people, citing the August 10th protest in Freetown which resulted to the loss of lives and properties worth millions of Leones as a case in point.

He said that the private sector should work well so that jobs will be created for young people. He noted that government cannot provide all the jobs for all the citizens which was why he stated that, whiles young people keep their eyes firmly on realistic goals, planned actions and implementations should also be taken into consideration.

Minister Swarray said that African Youths need every form of support and encouragement, noting that Government is committed to uphold such trajectory. He said that the young people should use the ‘Pemahun’ platform to realize their potentials and added that young people should treat every opportunity with utmost seriousness.

Mr. Swarray said that the numbers of young people are encouraging and that they should use same to Improve and work on their potentials.