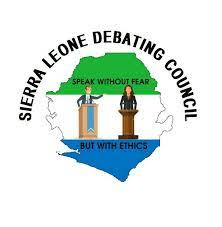 The National Secretary General of the Sierra Leone Debating Council, Mr. Mohamed Salani has said at a press conference held at 48 Siaka Stevens Streets in Freetown, that the Annual National Inter Collegiate Debating Championship will be held at the Njala University Auditorium, Mokondo on November 25th – 26th 2022.

The Secretary General said the aims and objectives of this Annual Competition is to empower youths, identify raw talents and enable youths and students to know each other.

The Debating Council which has been in existence for the past twelve years, he said has  impacted lots of youths across the country by training them on the 21st century skills and technologies in debating and public speaking activities. He said their partners are mostly students and high school graduates.

The Secretary General said their organization provides the platform for University students to showcase their potentials. He informs that the theme of this year is, “Civic Education in National Cohesion”.He said it is part of their responsibility to promote, sensitize and create awareness on ‘civic education’ through their debate platform. The participating Colleges and Universities are NJala, MMUET, FBC, Central University, Freetown Polytechnic etc.