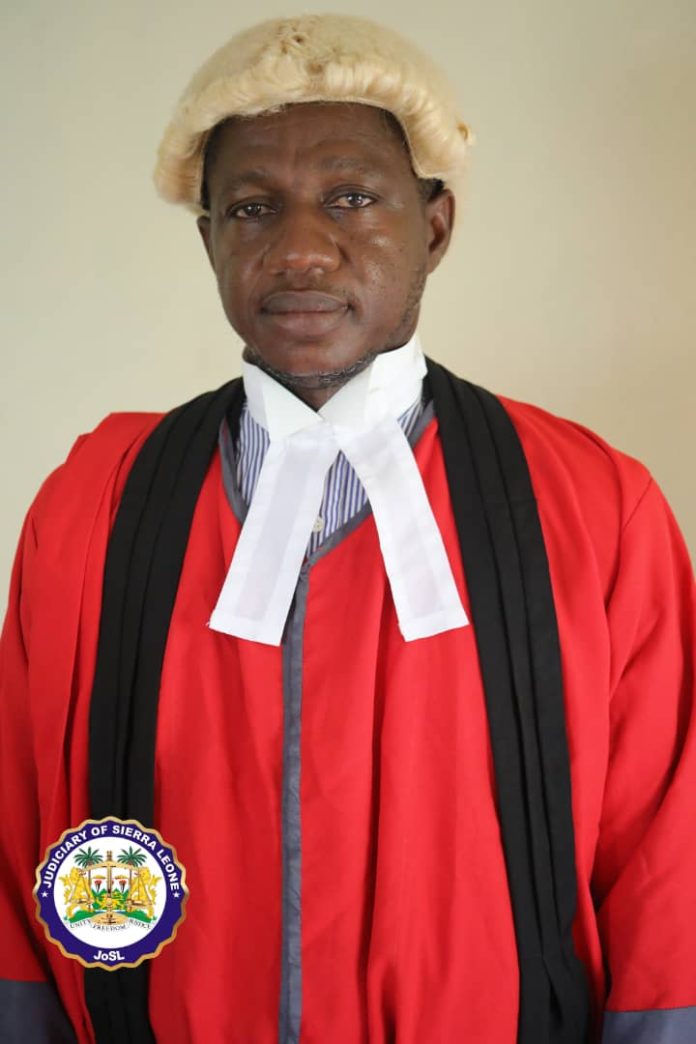 Judiciary of Sierra Leone Communications, Bo Road, Jong Chiefdom, 8th March, 2022: The Resident High Court Judge of Moyamba District, Honourable Justice AbuBakarr Sannoh, is currently presiding over 30 cases brought before the Court during the Special High Court Criminal Sessions which commenced on 7th March, 2022 and will end on the 21st day of March, 2022.

The High Court Criminal Sessions are being funded by the Judiciary with funds from the Government of Sierra Leone and geared towards improving access to justice and to further decongest correctional centers across the country.
The Sessions are being held in places where there are no sitting Judges.

The offences range from Murder, Robbery with aggravation, House Breaking, Wounding and Sexual Penetration among others.

Accused Umaru Sesay was yesterday before the Court to answer to two count charges and he pleaded guilty on all the charges.

Justice Sannoh has withdrawn the file for record and sentence. The matter comes up on the 11th day of March, 2022.

Accused Musu Sesay is before the Court for Murder. The particulars of offence revealed that accused Musu Sesay on the 26th day of August, 2021 at Bonthe District in the Southern Province of Sierra Leone murdered Francis Harding.
Justice Sannoh ordered for empanelling of jurors and further adjourned to the 10th day of March, 2022.

Accused Saidu Banya is before the Court for Burglary and Larceny contrary to the Larceny Act of 1916.

All those cases will be prosecuted by State Counsel, Tejan Conteh whilst Jack J. Harris Esq. from the Legal Aid Board will defend the accused persons.