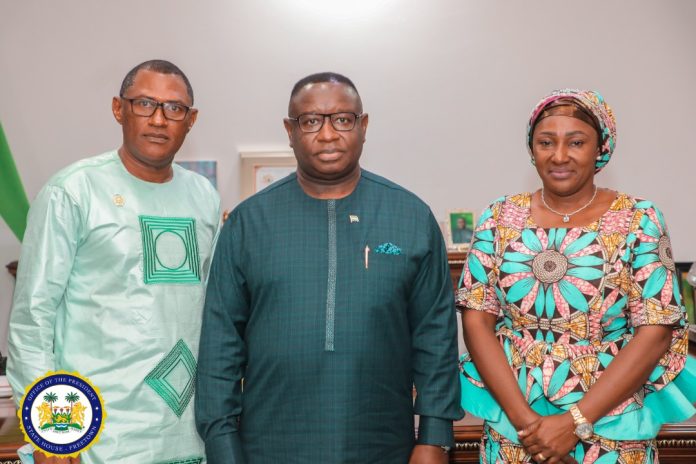 State House, Freetown, Friday 4 March 2022 – The new Ambassador to the Arab Republic of Egypt, Sadiq Silla, has called on the presidency to take leave of His Excellency President Dr Julius Maada Bio, commencing the start of his tour of duty.

Ambassador Silla thanked President for the opportunity given to him to represent Sierra Leone in Egypt, saying that he would work consultatively to produce good results during his tour of duty.

“Your Excellency, thank you very much for the confidence reposed in me to serve. I will not take this opportunity lightly,” Ambassador Silla concluded.

In a brief statement, President Bio congratulated Sierra Leone’s new ambassador to the Arab Republic of Egypt, while urging him to be a good representative. He further reminded him that the task ahead was daunting but added that he believed Ambassador Silla would do the job to which he was appointed.

“So, as you go, I want to wish you well. You can always rely on me for advice when you are in difficulty. Good luck!,” President Bio concluded.