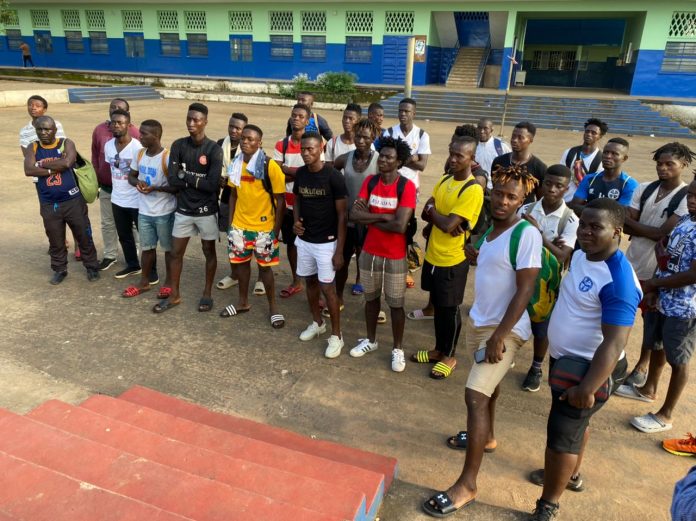 Old Edwardians Football Club is delighted to inform its supporters and well-wishers that the National Old Edwardians Executive has provided cash support to the team ahead of the Match aganist Mighty Blackpool FC.

Speaking during the engagement with players and officials, the Chairman Old Edwardians Football Club, Emmanuel Saffa Abdulai Esq. expressed delight over the progress made so far in the league. He said as an executive, they have always maintained cordial relationship with the Old Edwardians Executive under the leadership of Mr. Ishmail Sheriff Esq. to ensure the team is properly managed and goes in the right direction. He said nothing is small as the financial contribution is timely and shows love to the team

The Team Manager Old Edwardians Football Club, Commissioner Hindolo Richard Sennessie, in his statement also implored all astute Old Edwardians in the US, UK, Ireland, and other branches to assist in the running of the Football Club. This He said will continue to fly the school’s name proudly in football honor roll.

Presenting the cheque, the President of the Old Edwardians Association Ishmail Sheriff Esq. started by congratulating the team for a job well done in Port Loko City aganist Bai Bureh Warriors, and said the school is extremely proud of their fantastic performance.

A vote of thanks was given by the team captain who thank everyone and pledged their unflinching commitment towards the sucess of the team.