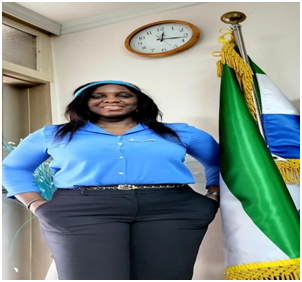 In other attract investment opportunity to the media, His Excellency President Dr. Julius Maada Bio has on Thursday 21st April 2022, at the Bintumani International Conference Center in Freetown, has urged journalists to be more innovative in their business models.

President Julius Maada Bio also called on the Independent Media Commission to be more innovative with their business models, noting that a more professional media can attract development and enhance progress in the country.

The first gentleman of the country made this disclosure at the first Media Viability Conference held together with various media stakeholders.

President Bio has further called on media practitioners to adapt to new business models to flourish. He added by urging newspapers editors to think beyond advertisements and sensational or partisan front page headlines and TV producers should think beyond hosting talk sessions and reading the news. He also mentioned that film producers to think beyond local romantic or copycat Hollywood or gangster films, adding that they should develop the Sierra Leonean content to rebrand the nation in telling the Sierra Leonean stories.

“Think about new market possibilities that can create new revenue streams. And take advantage of digital technologies and innovation to deliver new content in new ways that would promote the country in the right trajectory,” said President Julius Maada Bio.