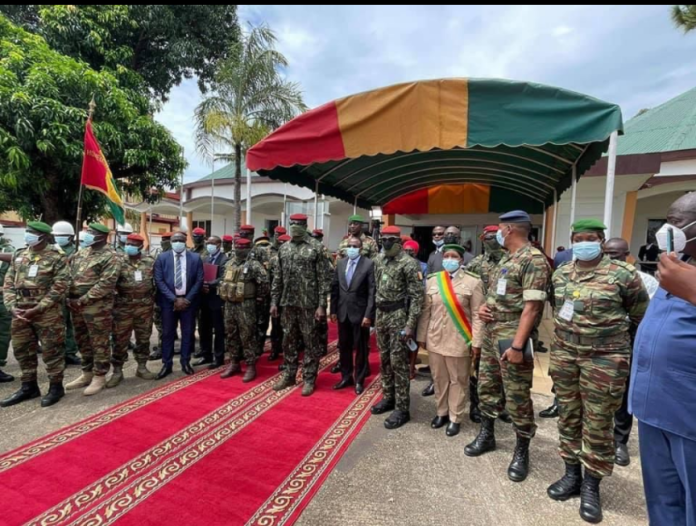 His visit is to follow-up on the ECOWAS protocol and formalities. The visit was also a way to show tell Guineans that Sierra Leone is a sister country that will always help when there is the need ro do so.

President Bio in his brief remark expressed the need to reciprocate the sacrifice Guinea made for Sierra Leone during its turmoil of 11 years civil war. He said, “I was a soldier when the war started in my country and I saw first-hand what the Guinea people and army did for us. It is time to give back at this time which is purpose of being here”.

In his response, President Mamady Doumbouya of Guinea, expressed gratitude for the visit. He continued by saying that the visit is a consolidation of the tie between the two countries. ” Being the first President to make such visit since we took over governance, tells it all. We appreciate”, President Doumbouya emphasised.
President Bio stole the show when he gave a fist bump to President Dounbouya. Journalists present were not able to resist their composure but applauded the gesture
As Ambassador to Guinea, HE Alimamy Bangura was the primary person to receive President Bio. Other senior staff of the Sierra Leone Embassy which includes the Head of Chancery, Dr. Mohamed Mansaray were Present.

COURTESY OF SITTA TURAY IN GUINEA