Radical Inclusion ”We are nolonger Discriminated against in Schools” 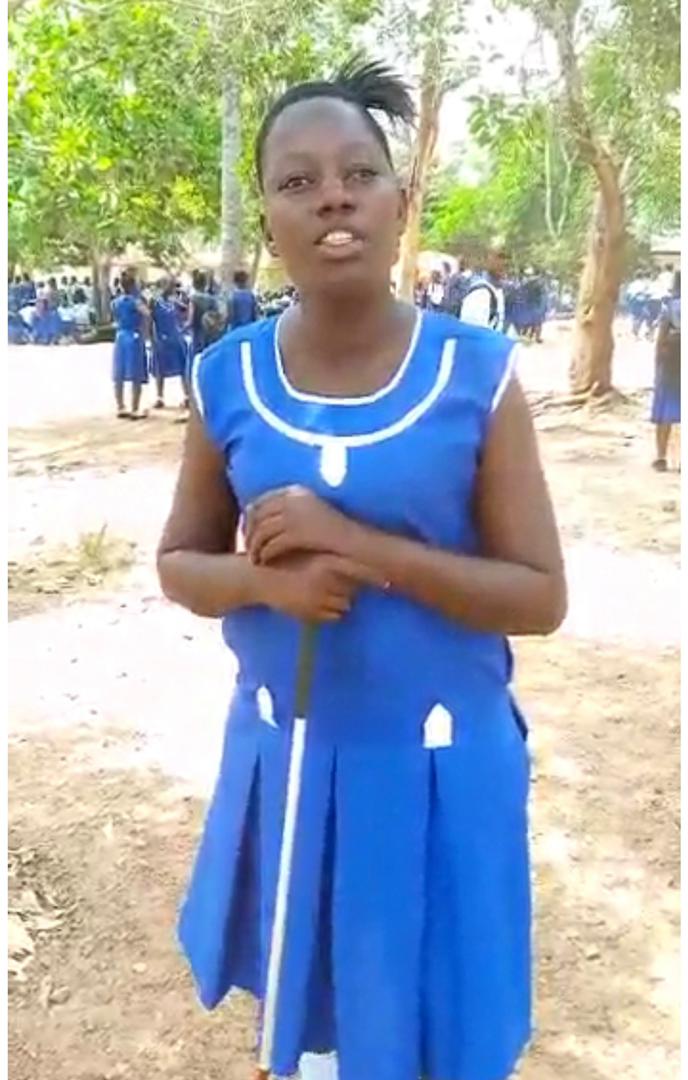 She is not attending Milton Margai School for the Blind, neither is she schooling in the city or any of the district headquarter Towns, Magdalene Hawa Korgay is a pupil of National Senior Secondary School Luawa Chiefdom Kailahun District, the implementation of the Radical Inclusion Policy has enabled her to acquire education in a learning atmosphere devoid of discrimination.

This National Policy on Radical Inclusion in Schools seeks to ensure that schools throughout Sierra Leone are accessible to, and inclusive of, all children – especially those that are typically marginalised or excluded. In particular, the policy focuses on four excluded and marginalized groups: children with disabilities; children from low-income families; children in rural and underserved areas; and girls – especially girls who are currently pregnant and in school or are parent learners.

“In the past, colleague pupils use to mock persons with disability in schools and we were even struggling to access teaching and learning materials for visual impaired. But that has changed, in my school, there is no discrimination. Before I sat to the BECE I was told that I can get admission into whatever school I desired and that was what happened,” she said.

Dr. David Moinina Sengeh Minister of Basic and Senior Secondary Education said the ultimate goal of this policy is to generate a critical mass of highly educated, trained, and skilled Sierra Leoneans with the capacity to fulfill their potential, contribute to the national and global economy, and deliver better leadership and services in the public sector, noting that the Ministry is grateful for the opportunity to provide the first ever policy on radical inclusion in education in Sierra Leone.

“We are very happy that the 2020/2021 Academic Year subvention had been paid including backlog. This enabled us to put things in place for the smooth running of the new academic year. In the past, we don’t normally receive our subvention early so that usually led to the late reopening of our school,” according to Mr. Sallieu Turay Headteacher of the Milton Margai School for the Blind in an interview last year October.

He said last academic year, they received their third and fourth quarter subventions which are pivotal to proper planning of the academic year, adding that the promised was made by the Ministry and he worked towards that.

“We thanked the MBSSE particularly the Minister Dr. David Moinina Sengeh for not only introducing the Radical Inclusion Policy, but also implementing what the policy dictates. The Minister has manifested that he has passion for not only children, but children with special needs,” according to Madam Winifred Coullier Headteacher National School for the Deaf.

The 2021 Concord Times Nation Builders Awards Night awarded the National Policy on Radical Inclusion in Schools as the Most Impactful Policy of the Year.

“I want to commend the Ministry of Basic and Senior Secondary Education for what he has done for persons with disability. He has been very pivotal in ensuring that I acquire education beyond Basic Education Certificate Examination (BECE) in my Chiefdom. My first term grades are very much encouraging and I am happy,” Magdalene said.