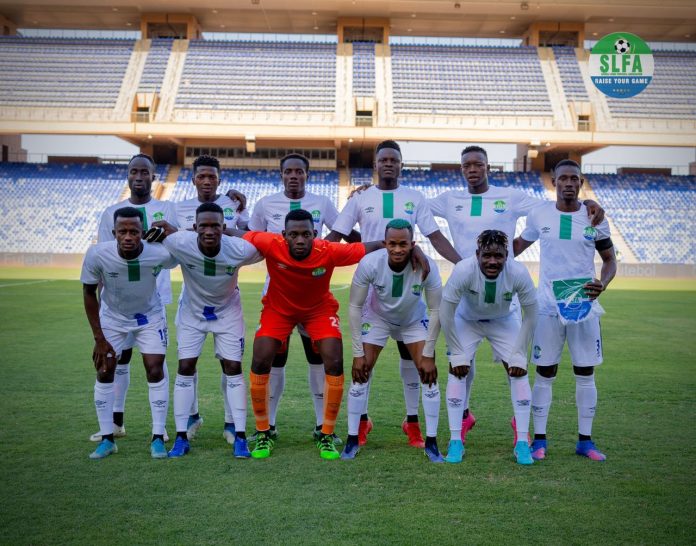 The Sierra Leone National home-based team has progressed for a tie with Mali in the final phase of the TotalEnergies 2022 African Nations Championship (CHAN) Algeria 2022 Qualifiers following a 3-2 win on aggregate over the Blue sharks of Cape Verde.

Sierra Leone had won 2:0 last weekend before losing by 2:1 today in the two-legged tie against the Blue Sharks of Cape Verde at the Stade de Marrakech in Morocco.

East End Lions young striker Alie Conteh scored both goals for Sierra Leone in the first leg whiles his club mate and former Bo Rangers winger Prince Barrie volleyed in the only but crucial goal for his side during the first half in today’s encounter.

The winner of the siad tie will progress to the final tournament in Algeria, in January 2023.

Ankara, Turkey, Wednesday, 27 July 2022 – The Head of Chancery of Sierra Leone embassy in Türkiye, Franklyn Brima Fawundu, on behalf of the Chargé d’ Affaires a.i, has joined the African Diplomatic Corps in Ankara to welcome the Kenyan Ambassador designate to Türkiye

The African Diplomatic Corps ın Türkiye is a body consisting of African dıplomats ın Türkiye. Its goal is to lobby non-African diplomats, educators, investors, policy analysts, and the media about current events in Africa, they also rebrand the image of the continent, and popularise same overseas.