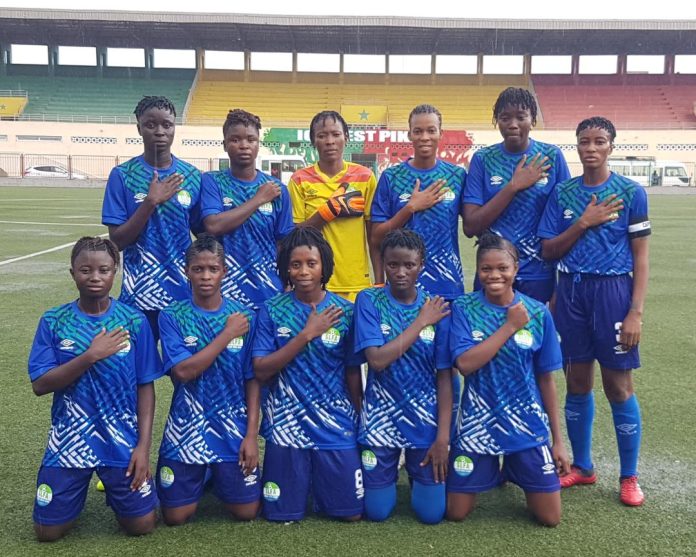 The Sierra Leone Women’s U-20 team on Saturday defeated their Guinean conunterparts 1-0 in the ongoing FIFA U-20 WOMENS WORLD CUP QUALIFIERS at the Stade Alassane Dijgo in Dakar, Senegal.

The only goal was scored by Fatmata Turay early in the first half after a well- delivered cross from left-winger Matilda Kabba.

This result has put Sierra Leone in a comfortable position ahead of the second leg on the 9th October, 2021 in Monrovia, Liberia.

Team captain Hawanatu Conteh expressed delight for the win, adding that “this is just one step towards the dream land [Costa Rica]”.

“We deserve to win because we have been training very hard all this while”, she pointed out.

The skipper commended her team mates for the collective work during the match, saying such magnificient display will surely be replicated in the second leg.

She called on Sierra Leoneans to keep believing in them as ‘they are about to make history’.