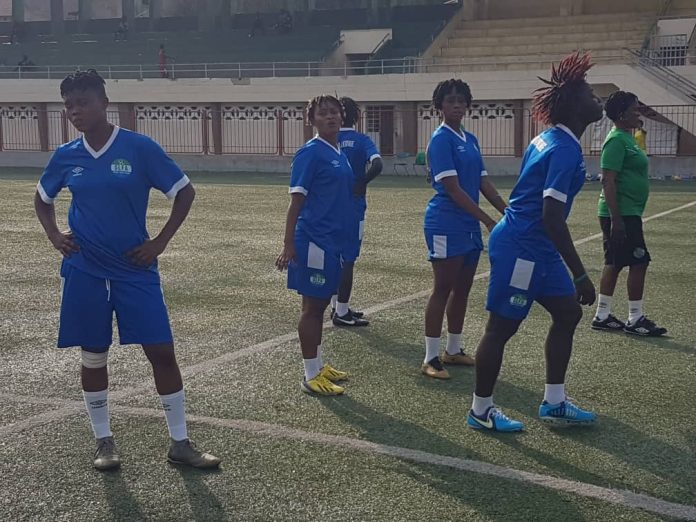 Sierra Leone Women’s U-20 have ended their last training session at the Alasaane Djigo Stadium de Pekine in Dakar, Senegal.

Players are optimistic of securing a victory against their Guinean counterpart including team captain Mamie Iye Thorlley who expressed hope and determination of winning the encounter.

She added hat they have been training hard all this while with a positive mentality and physical character to approach the Guineans.

”This is the time to display what we have learnt from our coaches. We will not disappoint them”, she said.

She appealed to Sierra Leoneans to continue having trust in them as they are about to make history.

The match between Sierra Leone Women’s U-20 and Guinea Women’s U-20 will be played tomorrow at the *Alasaane Djigo Stadium de Pekine in Dakar at 4pm.