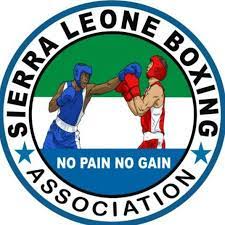 Sierra Sport Paladin a sporting organization that promotes sporting activities in Sierra Leone will host a day boxing competition on Friday 3rd December 2021 at the Hotel 5: 10 in the east end of Freetown.

The Boxing Match would be between Tommy Lee from Sierra Leone and Alpha Momodu Bah from Guinea.

In an exclusive interview with this medium, Mr. AbubakarBangura, the Chief Executive Officer of Sierra Sport Paladin has told this medium that he is passionate about improving sporting activities in the country, adding that and Boxing is one of his favorite sports. Mr. Bangura went on to say that Boxing is one of the neglected sporting activities in the country as compare to soccer. He added that his organization has taken the lead in popularizing Boxing to major towns and cities in Sierra Leone. Mr. Bangura confirmed that his organization is closely working together with associations like Judo, Boxing, Wrestling and many more to give a facelift to other sporting activities in the country. Mr. Bangura has called on Sierra Leoneans to come out in numbers to support the Sierra Leone BoxerTommy Lee as against the Guinean counterpart Alpha Momodu Bah. Mr. Bangura maintained that the winner of the fight will receive one hundred million Leones (Le 100,000,000)

Mr. AbubakarBangura added that, his organization has met with the President of the Sierra Leone Boxing Association, Mr. Solomon andthe Secretary General Mr. AlhajiKomba, adding that the meeting was a huge success. He went on to say that the Sierra Leone Boxing Association has pledged their support to the boxing event that is slated for Friday 3rd December 2021. He concluded that the Executive Director of National Youth Service Commission (NYC), Mr. OnanaJallohhas endorsed the ideas by stating that it is in line with the work of National Youth Service (NYC).