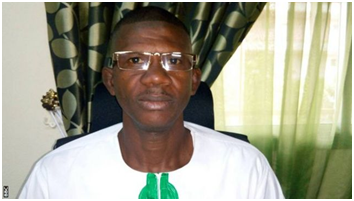 The Minister of Sports, Mr. Yelenke has on Thursday 3rd February 2022 told journalists at the usual press briefing hosted by the Ministry of Information and Communications that the country’s national team, Leone Stars spent less than four million United States dollars and not seven million five hundred thousand dollars as purported by some Sierra Leoneans .

The Minister said upon their arrival, Loene Stars players protested for their salaries to be paid before their first match with the Algerian national team, adding that he had no alternative but to dispatch his Deputy Minister back home for the money to be paid. He further explained that the AFCON organizers caused a lot of frustrations for the visitors, adding that tickets were not issued on time.

The Chairman for the Technical and Development Committee who also doubles as Vice President II, Mr. Harol Mac Johnson said their transferred from the Economic capital Duala to the Lombe district was unprecedented, adding that they were surrounded by heavy military presence amidst fears that they may be disrupted by the protesting anti-government Anglophone group of Cameroon. Coach John Keister told Journalists that public concerns expressed in social media and local media outlets were not correct.