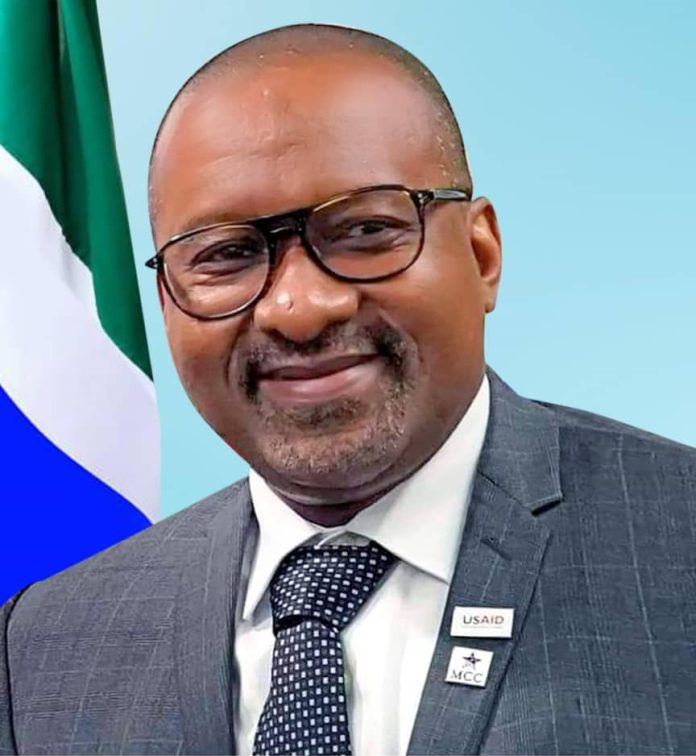 The Honourable Vice President of the Republic of Sierra Leone, Dr. Mohamed Juldeh Jalloh, is set to speak on good governance at the Young Political Leadership School Africa Cohort 8 program to be held in Monrovia, Liberia from Friday, 22-27 October 2021.

The Young Political Leadership School Africa (YPLS Africa) is a program that contributes to the formation of a new generation of character-driven, politically and socially active leaders that would be accountable, responsive, and accessible to the needs and interests of their citizens and also help to shape the future of their respective countries in the positive direction.
The event is part of Naymote Partners for Democratic Development’s political governance program.

Dr. Mohamed Juldeh Jalloh will deliver the keynote address at the opening ceremony on October 25 2021 and go ahead to facilitate the first session on the elements of good governance.
While in Liberia, Vice President Juldeh Jalloh will meet with Liberian President Dr. George Manneh Weah and his Vice, interact with the Liberian media and engage Sierra Leoneans resident in Liberia.

The Vice President’s delegation will include the Ministers of Internal Affairs and Youth Affairs, among other government officials.
Meanwhile, organizers of the Young Political Leadership School Africa program have expressed gratitude to the Sierra Leone Embassy in Liberia and the Government of Liberia for their support.

The Alumni and Convener are expected to present an outstanding Leadership Award to the Hon. Vice President of the Republic of Sierra Leone, Dr. Mohamed Juldeh Jalloh.

The event is being supported by the Open Society Initiative for West Africa (OSIWA).