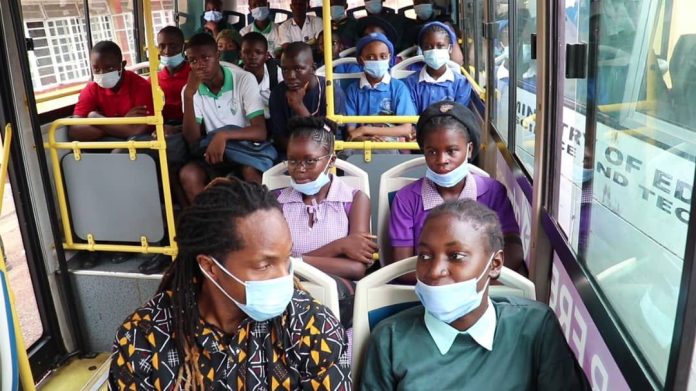 As part of the Ministry of Basic and Senior School Education (MBSSE) deliverables, the Ministry has embarked on Phasing out double shift schooling in most schools in the country among them include Annie Walsh Memorial School (AWMS), Methodist Girls high School (MGHS), Saint Joseph Convent School, Ansarul Islam Secondary School, Saint Francis Secondary School Makeni among others.

These schools will revert to the dingle shift in the academic year commencing on the 5th September 2022, joining other schools like Freetown Secondary School for Girls (FSSG) that have returned to single shift before now.

According to the Director of School Quality Assurance and Resource Management (SQARM) Madam Francess Kamara, with the double shift students are not receiving the same education as their peers, adding that some double shift school students spend less time in class than their peers and that may lead to reduced knowledge gained.

“Because double shift schools keep students in the classroom for less than the average school day five or six hours, as opposed to seven hours. certain subjects get reduced or maybe cut from the schedule. Also, most double school students do not have the opportunity to experience extracurricular activities,” she said.

During a recent meeting with the press, the Minister of Basic and Senior School Education Dr. David Moinina Sengeh stated that many schools have gone to single shift and there are more going to single shift.

“There are some schools currently that will take a long time to transition. Schools like United Methodist Church (UMC) School for Girls Circular Road, Government Model Secondary School among others are already overpopulated with a limited number of classrooms. Unfortunately, there are no lands to construct more classrooms for these schools,” he said.

He said for some of these schools to return to single shift they have to reduce their enrollment every year.
He stated that in many parts of the country, schools are on a single shift and there are only three districts that are having schools with double shifts with Freetown being the primary one, noting that the ministry is working assiduously in ensuring that all schools return to single shift as soon as possible.