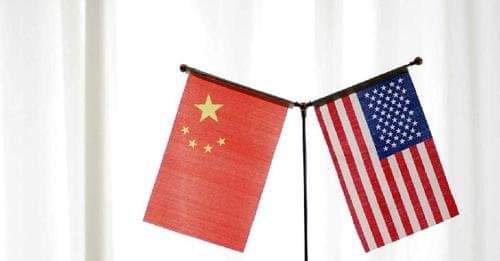 On the evening of 28 July, President Xi Jinping spoke with US President Joe Biden on the phone at the request of the latter. The two Presidents had a candid communication and exchange on China-US relations and issues of interest.

President Xi pointed out that in the world today, the trends of turbulence and transformation are evolving, and deficits in development and security are looming large. Faced with a world of change and disorder, the international community and the people around the world expect China and the US to take the lead in upholding world peace and security and in promoting global development and prosperity. This is the responsibility of China and the US as two major countries.

President Xi underscored that to approach and define China-US relations in terms of strategic competition and view China as the primary rival and the most serious long-term challenge would be misperceiving China-US relations and misreading China’s development, and would mislead the people of the two countries and the international community. The two sides need to maintain communication at all levels and make good use of existing channels to promote bilateral cooperation. Recognizing the many challenges facing the global economy, President Xi underscored the need for China and the US to maintain communication on such important issues as coordinating macroeconomic policies, keeping global industrial and supply chains stable, and protecting global energy and food security. Attempts at decoupling or severing supply chains in defiance of underlying laws would not help boost the US economy. They would only make the world economy more vulnerable. The two sides need to work for deescalation of regional hotspots, help rid the world of COVID-19 as early as possible, reduce the risk of stagflation and recession, and uphold the international system centering on the UN and the international order underpinned by international law.

President Xi elaborated on China’s principled position on the Taiwan question. President Xi highlighted that the historical ins and outs of the Taiwan question are crystal clear, and so are the fact and status quo that both sides of the Taiwan Strait belong to one and the same China. The three Sino-US joint communiqués embody the political commitments made by the two sides, and the one-China principle is the political foundation for China-US relations. China firmly opposes separatist moves toward “Taiwan independence” and interference by external forces, and never allows any room for “Taiwan independence” forces in whatever form. The position of the Chinese government and people on the Taiwan question is consistent, and resolutely safeguarding China’s national sovereignty and territorial integrity is the firm will of the more than 1.4 billion Chinese people. The public opinion cannot be defied. Those who play with fire will perish by it. It is hoped that the US will be clear-eyed about this. The US should honor the one-China principle and implement the three joint communiqués both in word and in deed.

President Biden said that the world is at a critical moment. US-China cooperation benefits not only the two peoples but also people of all countries. The US hopes to keep an open line of communication with China to enhance mutual understanding and avoid misperception and miscalculation, and will work with China where the interests of the two countries align and, at the same time, properly manage differences. He reiterated that the one-China policy of the US has not changed and will not change, and that the US does not support “Taiwan independence”.

Both Presidents viewed their call as candid and in-depth. They agreed to stay in touch and instructed the two teams to keep up communication and cooperation.