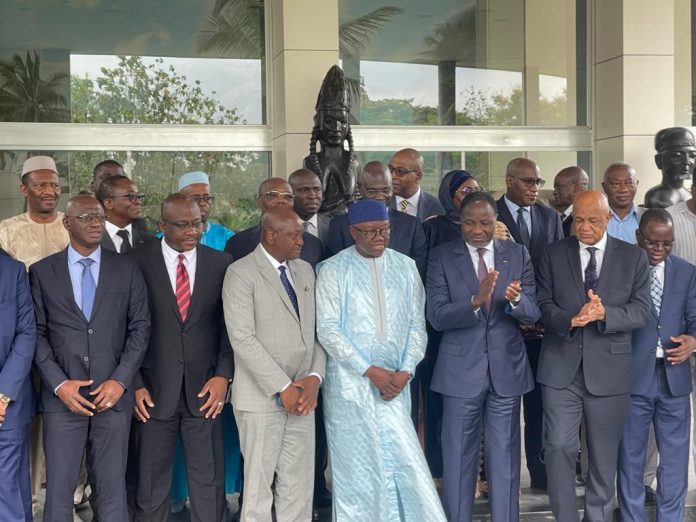 Abijan, Còte d’Ivoire,Friday August 12,2022——— Sierra Leone’s Minister of Energy, Alhaji Kanja Sesay, has called on his opposite numbers in Cote d’Ivoire, Liberia and Guinea, who are contributors to and beneficiaries of the West African Power Pool TRANSCO/CLSG project,to ensure that the highest levels of transparency and accountability were upheld in the implementation of the project and also emphasized the crucial need for sustainability.

Mr. Sesay spoke about a number of power purchase and transmission agreements that Sierra Leone had signed with Còte d’Ivoire, noting that those agreements had led to the importation of electricity from Còte d’Ivoire to the southeastern cities of Bo and Kenema and the capital city of Fretown.

“Under the CLSG rural electrification program,and as part of our government’s policy objective to provide energy in rural communities, we have connected 28 communities and plan to increase this to 39 by the end of this year. Today, SierraLeone is part of the CLSG success stories,” Mr. Sesay said.

The Minister of Energy lent his voice to the critical issues of transparency, accountability and sustainability.

“I’m talking from a very informed point of view because I have experienced firsthand the implementation of the CLSG project because Sierra Leone is now utilizing it. My own concern therefore is around the issues of sustainability, transparency and accountability,” Mr Sesay stated, adding that for an organization like the West African Power Pool to flourish,the highest levels of accountability and transparency were required.

He said Sierra Leone was now enjoying the TRANSCO/CLSG electricity and was doing everything financially,logistically and administratively possible to continue enjoying it, noting further that his country was proud to see countries in the region support one another.

The Minister of Energy informed his counterparts that since the issue of sustainability was critical,he had taken steps to ensure that large-scale mining companies in Sierra Leone were connected to the CLSG grid,citing the OCTEA Mining Company in Eastern Sierra Leone as one of those companies that were close to being connected to the CLSG grid. This, Mr. Sesay said, would enhance the sustainability of the project through increased revenue.

He warned against the consistent dependence on outside source and encouraged TRANSCO and member countries to work towards enhancing sustainability and independence.

Assistant Minister of Energy in Liberia and Chairman of the Joint Implementation Committee of the CLSG, William Thompson, spoke about the general activities of the Steering Committee.

General Manager of TRANSCO/CLSG,Mohamed Sherif, highlighted the legal and technical frameworks that underpin the creation of the TRANSCO/CLSG project and business plan.